Meetings between an Emirati delegation, led by UAE Minister of Economy Abdullah bin Touq Al Marri, and the Indian business community began in India. The meetings addressed promising investment opportunities across various strategic sectors in both countries under the framework of the UAE-India Comprehensive Economic Partnership Agreement (CEPA), as well as briefs on the features and services offered to the business community under the agreement. 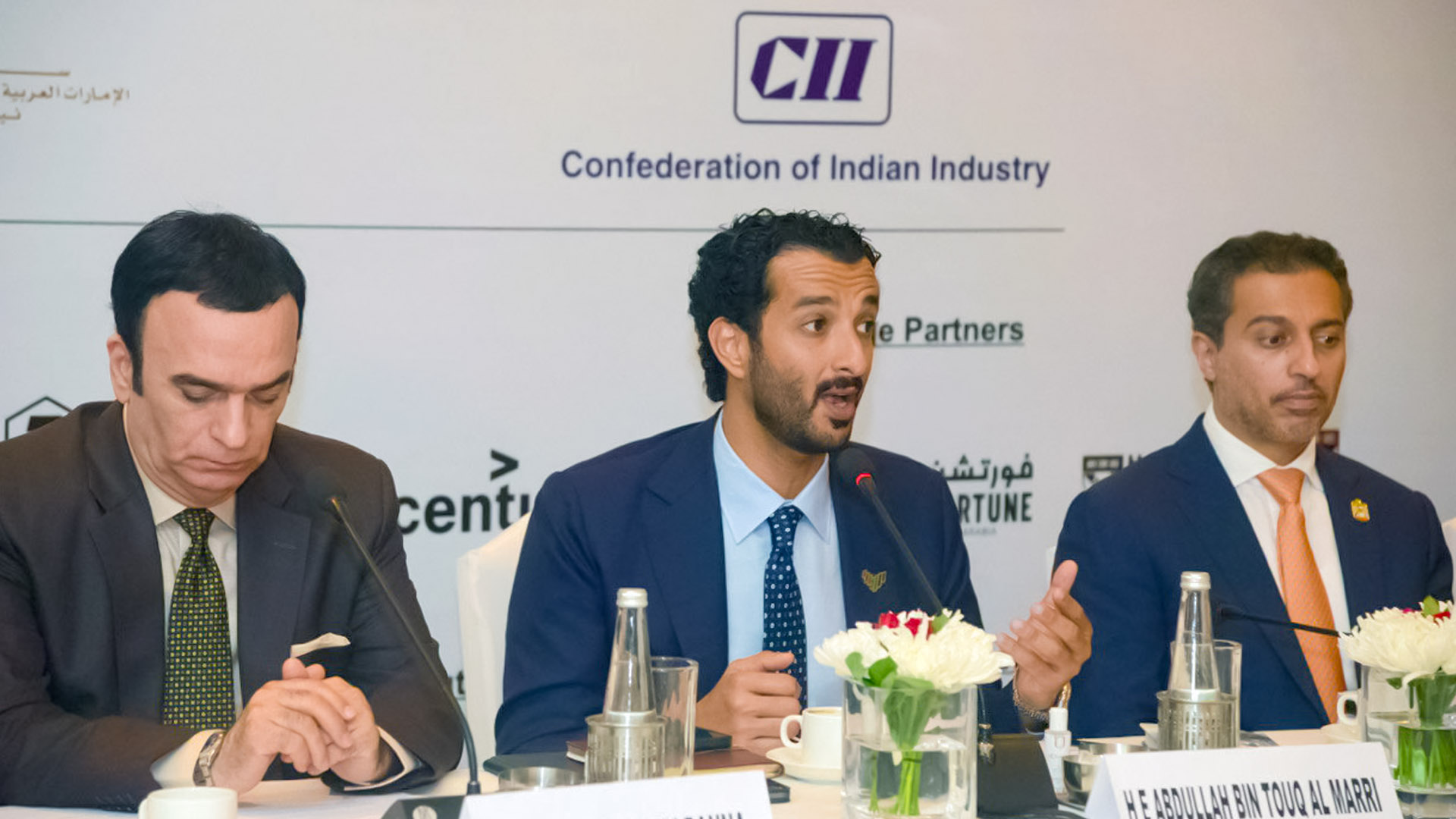 Among those present on the first day were Dr. Ahmad Belhoul Al Falasi, Minister of State for Entrepreneurship and SME; Dr. Ahmed Abdulrahman Al Banna, UAE Ambassador to India; Juma Mohammed Al Kait, Assistant Under-Secretary for Foreign Trade Affairs at the Ministry of Economy; and Faisal Al Hammadi, Acting Assistant Under-Secretary for Entrepreneurship and SME. Among the prominent delegates at the meeting were Sunjay Sudhir, Ambassador of India to the United Arab Emirates,  and Rajan Navani, Chairman of the Confederation of Indian Industry, and a large group of Indian business leaders and investors among others.

In addition to discussing the aspects of this important agreement, which has a flexible framework that allows for future amendments if needed, he also pointed out that future areas of cooperation will include the digital economy and intellectual property. According to the Indian ambassador, their main goal is to increase bilateral trade to $100 billion in the next five years.

Bahrain participates in a conference on Syria and the region

Exports from India to the UAE increased five-fold after CEPA

After leaving South Korea with winds and rain, Typhoon…

In August, the German inflation rate increased again to 7.9…

Etihad Airways is rated among the most punctual airlines in…