Sheikh Abdullah bin Zayed Al Nahyan, Minister of Foreign Affairs and International Cooperation, received US Secretary of State Antony Blinken today. Brighten expressed condolences on the passing of Sheikh Khalifa bin Zayed. He wished the UAE continued progress and prosperity under the wise leadership of His Highness Sheikh Mohamed bin Zayed Al Nahyan. They discussed bilateral strategic relations during a business dinner, and explored ways to expand cooperation across various fields. The two sides also exchanged views on a number of regional and international issues of interest, including the latest developments in the Ukrainian crisis. 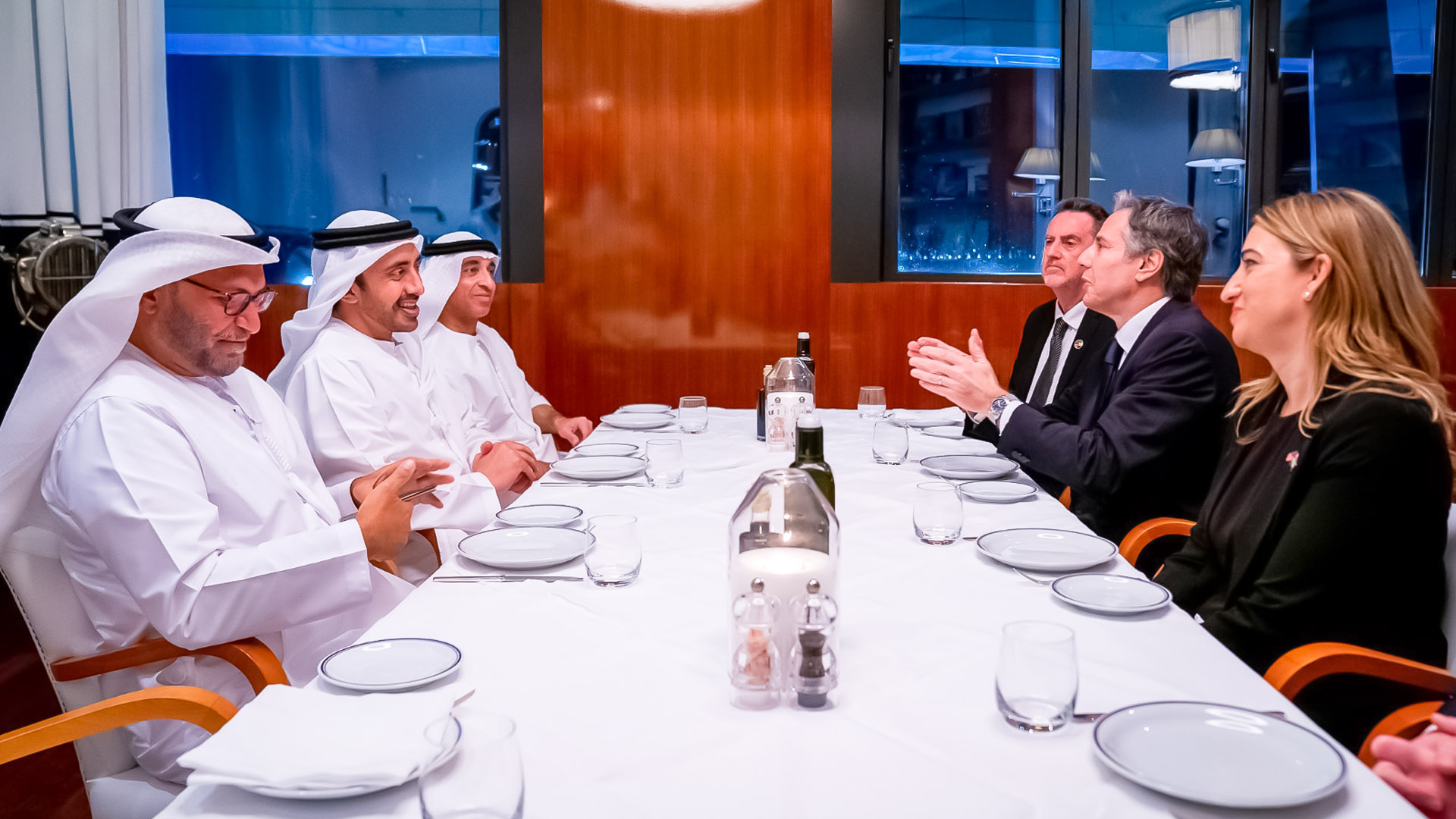 According to Sheikh Abdullah, the UAE is looking forward to strengthening its ties with the US under the wise leadership of President His Highness Mohamed bin Zayed Al Nahyan, as well as consolidating the pillars of stability and security in the region to achieve development and prosperity for its people. Dr. Anwar Gargash, UAE’s Diplomatic Advisor to the President; Ali Saeed Al Neyadi, Chairman of the UAE’s National Emergency Crisis and Disasters Management Authority; and Yousef Mana’a Saeed Al Otaiba, UAE’s Ambassador to the United States, attended the meeting.

Modi-led India to surpass Germany and Japan as 3rd largest…

Chengdu locks down 21.2 million people in fight against…

First bilateral talks between South Korea and Japan since…