India’s Vice President, M Venkaiah Naidu was in Abu Dhabi to offer condolences on behalf of the Government of India on the demise of HH Sheikh Khalifa Bin Zayed Al Nahyan, the former President of the UAE and Ruler of Abu Dhabi who passed away on Friday. Mr Naidu commended Sheikh Khalifa for his visionary leadership in developing the UAE on the legacy of Sheikh Zayed and greatly strengthening ties between India and the UAE. 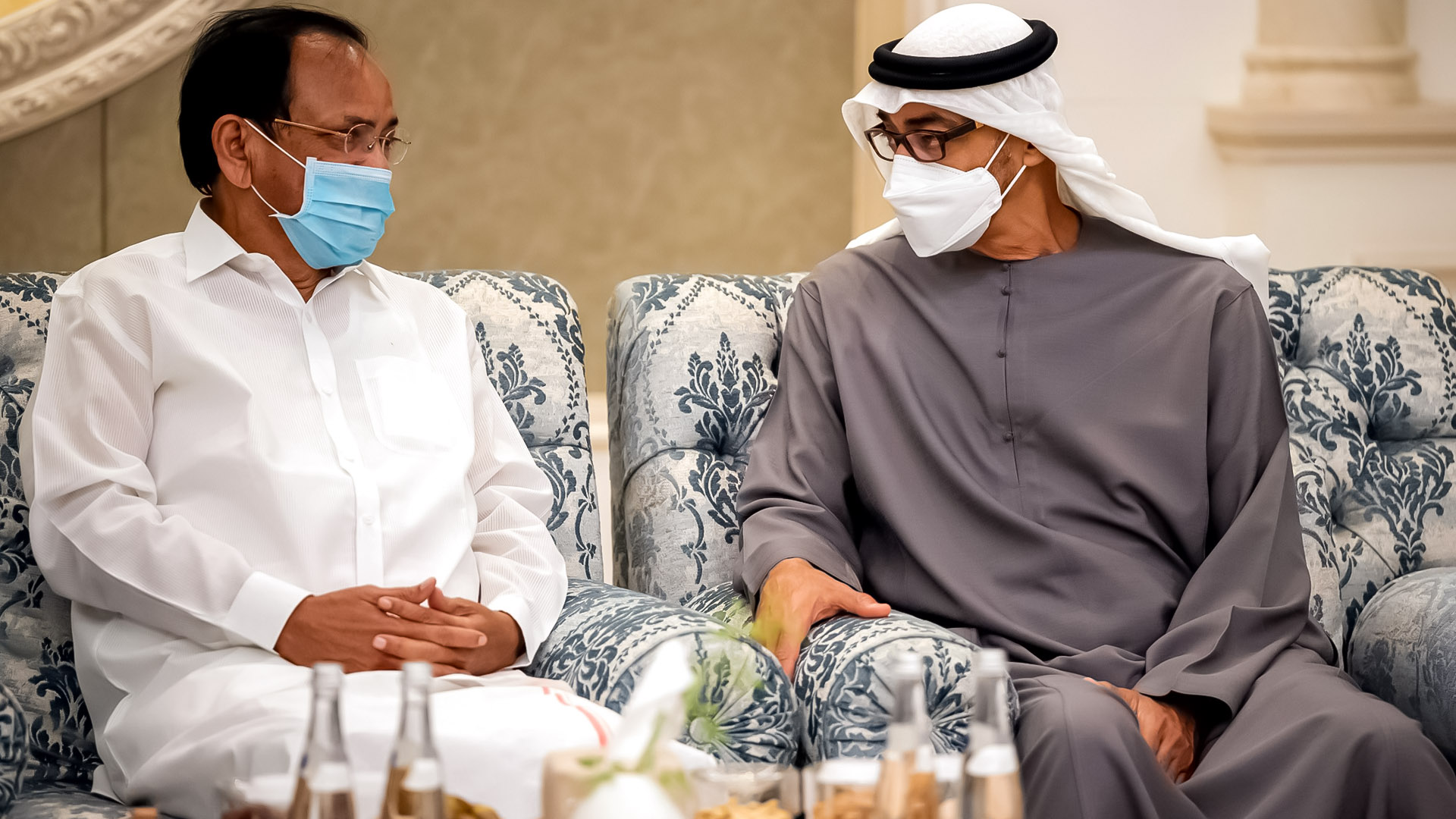 He noted that Sheikh Khalifa took exceptional care of the large Indian expatriate community in the UAE. According to Mr Naidu, the sad demise of Sheikh Khalifa Bin Zayed Al Nahyan represents an irreparable loss for the Indian community in the UAE. Mr Naidu recalled the contributions of the late President of the UAE during his meeting with Sheikh Mohamed bin Zayed Al Nahyan, the newly elected President of the UAE. He also met with other royal family members and Emirati dignitaries at the Mushrif Palace in Abu Dhabi. He said Sheikh Khalifa was a remarkable world leader and a true friend of India.

During the meeting, Vice President M Venkaiah Naidu also congratulated Sheikh Mohamed on being elected as President of the UAE. In describing his recent visits to India and the historic Comprehensive Economic Partnership Agreement between India and the UAE in February 2022, Mr. Naidu praised Sheikh Mohamed for his dynamic leadership and approach and expressed confidence that with the new President at the helm, India-UAE’s strategic partnership will continue to grow and achieve greater heights.

Hurricane Fiona floods Puerto Rico and knocks out its power

Brad Pitt debuts as a sculpture artist in Finland